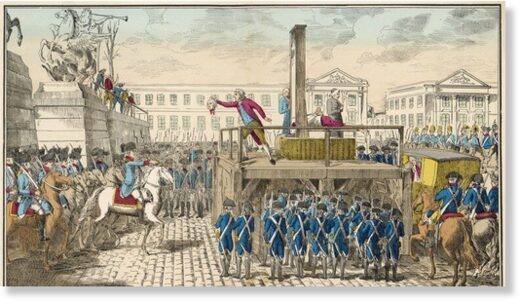 The Twitter mob has predictably begun to argue over the virtues and pitfalls of the French Revolution, after Sen. Lindsey Graham suggested that radicals have co-opted the Democratic Party and are marching the nation towards ruin.

The South Carolina lawmaker triggered a large number of blue checkmarks after accusing Rep. Alexandria Ocasio-Cortez and her progressive cohorts of spearheading “the most radical mob” in recent American history.

“It appears the French Revolution has now come to the Democratic Party,” the Republican senator tweeted.

But his incendiary warning seemed to galvanize liberal Twitter pundits and media figures.

Dan Saltzstein, a deputy editor at the New York Times, rushed to defend France’s bloody 18th century uprising, claiming that it “led to a democratic overthrow of a monarchy and the establishment of a republic.”

Journalist Kurt Eichenwald was similarly unbothered by Graham’s historical reference. He compared Donald Trump to a “king” and said November’s election will serve as a “revolution” that will push “the bad guys” from power.

The strained analogy received plenty of criticism and mockery. Saltzstein was raked over the coals for failing to mention that the revolution was followed by the infamous Reign of Terror, a self-declared emperor, more than a decade of war and ultimately the restoration of the monarchy.

The flood of criticism prompted the NYT editor to concede that the French Revolution was “a clusterf**k”, but still insisted Graham was out of line by making reference to it.

The Republican lawmaker isn’t the first one to compare political radicals in the US to French revolutionaries. A group of Seattle protesters recently hinted that anyone who doesn’t get on board with their movement would face a guillotine-like end.

Trump withdraws National Guard from DC now that ‘everything is under perfect control’ — Puppet Masters — Sott.net