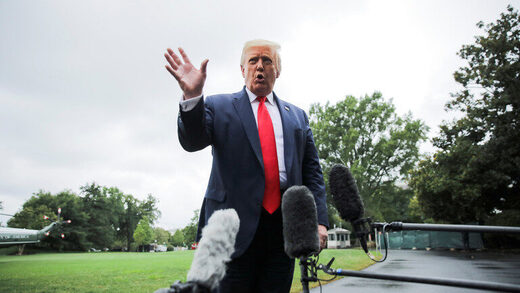 US President Donald Trump has said that “it would be great” if Moscow and Washington agreed on a new nuclear non-proliferation deal. The admission comes after rare phone talks between the Russian and US leaders last week.

Trump has not provided any details as to the current state of the negotiations, which have been underway for quite some time.

Last Thursday, Trump held a rare phone call with Russian President Vladimir Putin, in which the two touched on a range of issues, among them the New Start Treaty, the last standing pillar upholding the nuclear arms control framework in the post-Cold War era.

The treaty, which came into force in 2011, was aimed at curbing the nuclear arsenals of the US and Russia by a third and limiting each side to having no more than 700 deployed intercontinental ballistic missiles (ICBMs), submarine-launched ballistic missiles (SLBMs) and strategic bombers. The number of deployed warheads was capped at 1,550, while the countries pledged to maintain no more than 800 deployed and non-deployed launchers.

The fate of the crucial arms control agreement has been hanging in the balance, with the Trump administration previously indicating that it wants the existing deal, which expires next year, to be replaced by a three-way agreement between US, Russia and China.

Hopes that the bilateral agreement could be salvaged despite the US stance resurfaced back in June, when the US and Russia agreed to hold arms control consultations in Vienna. However, the marathon talks that took place in the Austrian capital on June 22 largely fell through, and saw Washington bashing China while at the same time trying to persuade Moscow to bring Beijing on board.

Moscow said that while it believes that the revival of the talks after a year-and-a-half-long hiatus was a positive sign in itself, it would not pressure China into joining the negotiations, calling that expectation “unrealistic.”

The landmark treaty is the only remaining pillar of the global nuclear-proliferation system after the US dismantled two key arms control pacts, withdrawing from the 1972 Anti-Ballistic Missile (ABM) Treaty in 2002 and quitting 1987 the Intermediate-Range Nuclear Forces (INF) Treaty last year.