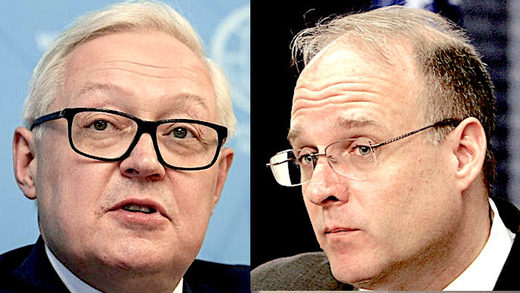 The United States and Russia have agreed on a time and place for nuclear arms negotiations this month and invited China, President Donald Trump’s arms negotiator says.

There were no immediate comments from Russian officials.

Earlier, Bloomberg quoted an unidentified U.S. State Department official as saying that Ryabkov and Billingslea would meet in Vienna on June 22.

The official didn’t rule out that the United States may be willing to extend the New Start nuclear-weapons treaty, if Russia “commits to three-way arms control with China and helps to bring a resistant Beijing to the table,” according to Bloomberg.

New START, the last major arms control treaty between the United States and Russia, is scheduled to expire in February 2021. The accord caps the number of nuclear warheads and so-called delivery systems held by the two countries. While Moscow has pushed for a five-year extension, Washington has balked, saying it wants the deal to be broadened to include China.

China, whose nuclear arsenal is a fraction of the size of Moscow’s and Washington’s, has said it was not interested in participating in such talks.

The Trump administration has pulled out of major international treaties, prompting warnings of an increased possibility of an arms race or accidental military confrontations. Last month, Washington gave notice on withdrawing from the 35-nation Open Skies accord, which allows unarmed surveillance flights over member countries, due to what U.S. officials said were Russia’s violations.

The United States also cited Russian violations when it exited from of the Intermediate-Range Nuclear Forces Treaty with Russia. Moscow has denied the U.S. accusations and said the United States was seeking to undermine international security.

Less than half of Americans say they would get covid-19 vaccine if you paid them $100 to take it — Society’s Child — Sott.net

Netanyahu manages to get himself out of a mess with ‘game-changer’ deal — Puppet Masters — Sott.net