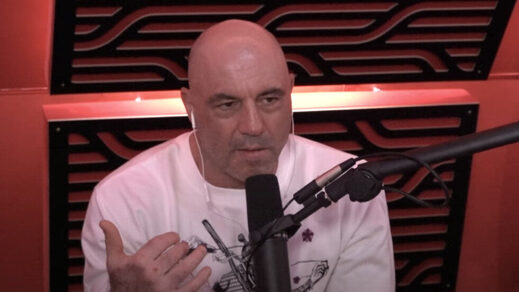 Podcaster and comedian Joe Rogan was blasted by ‘The View’ co-host Sunny Hostin as “misogynistic, racist, homophobic” in a segment tearing into him as “inappropriate” to host a presidential debate.

Rogan, who recently signed a $100 million deal with Spotify for his podcast ‘The Joe Rogan Experience,’ has been a frequent critic of the left, many of whom have taken to sharing quick, out-of-context clips of the comedian saying things deemed inappropriate.

Those certainly came in handy after the ‘number one’ podcaster, comedian and UFC commentator offered to host a debate between Joe Biden and Donald Trump – an idea that Trump immediately liked on Twitter, but many on the Left apparently disliked.

The ‘Planet of the Apes’ comment was from a conversation with other comedians about actually seeing the movie with a primarily black audience where Rogan makes a joke he immediately backtracks on. Rogan also calls the experience “positive” and criticized the lack of black representation in films the very same episode. His quotes on a transgender woman being a man have been related to athletics where Rogan has pushed back against the idea of a genetically born male being able to compete against a genetically born female, especially in combative sports.

‘The View’s’ co-host Joy Behar agreed with Hostin’s point that he was not appropriate to host a debate, while Meghan McCain said she supported the idea, but did not believe it would ever happen.

The conversation stems from Rogan recently being asked on his podcast if he would be willing to host a debate between Biden and Trump. Rogan said he was – as long as the two candidates came to Austin, Texas (where he now resides), the event was livestreamed with no audience, and it was four hours long. Trump retweeted the clip of Rogan’s guidelines and said he’d like to participate in such an event.

Also blasting Rogan on ‘The View’ was former presidential hopeful Pete Buttigieg who claimed Rogan could not be “neutral” because he is being “pushed” by Donald Trump.

Rogan has criticized both Biden and Trump in the past, and has described himself as a Libertarian, supporting candidates like Ron Paul and Gary Johnson.

Rogan also revealed in January that Elizabeth Warren, Joe Biden, and Buttigieg had all asked to do his podcast, but he’d turned them down. The very same episode he said despite criticism from the left, he’s never voted “right-wing” and has voted Democrat or for a third party throughout his life.

The most recent episode of Rogan’s podcast features an interview with Edward Snowden.

The first presidential debate is set for September 29 in Cleveland, Ohio, and will be hosted by Fox News’ Chris Wallace.

Putin’s vision for an anti-fascist/open system future and you — Puppet Masters — Sott.net