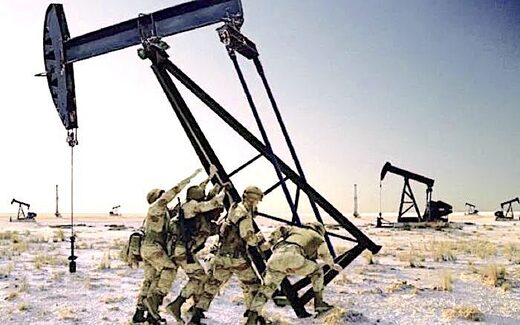 Russia is building up its military presence in the northeastern part of Syria, in the area of ​​the city of Kamishli, which is considered the unofficial capital of Syrian Kurdistan. As reported today, September 14, by the Turkish state news agency Anadolu, 30 units of Russian military equipment, which arrived in Qamishli from the Tabka region (Raqqa province), were transferred to this region of the Arab republic.

FRN received word from our local sources that armored vehicles and trucks with military personnel are stationed in the airport area southwest of the Syrian city. This was confirmed by Anadolu sources in Syria, adding that up to 75 Russian troops have been deployed to Qamishli in that convoy.

Following the Turkish operation Peace Spring in October 2019, Russia began to expand the territory of the military base at the Kamishli airport. Before yesterday’s transfer, at least 200 Russian troops, dozens of armored vehicles and tanks, and six military helicopters were stationed in this area of ​​Hasake province. According to several sources, Russia plans to soon increase pressure on the United States, whose military controls the oil fields in the Rumeilan region, east of Kamyshli. Russian troops have previously repeatedly tried to take control of the Rumeilan field zone, but each time they encountered US resistance, Anadolu notes.

The United States is adjusting its own policy in Syria to reflect current realities amid sharp criticism from Russia, while the State Department is calling for the withdrawal of Iranian and Iranian-backed forces from the Arab Republic, but not for the removal of Russian troops from the SAR.

With President Donald Trump being the first honest US president, recently calling the US mission in Syria “exclusively oil-related,” Washington-hostile forces in the Middle East country and abroad have accused the White House of “stealing” Syrian oil and opacity of his goals in the nearly ten-year conflict in the SAR.

Despite the fact that Trump admitted to “switching attention” of the United States from the fight against the terrorist group ISIS to Syrian oil, the protection of the fields of which in the east of the country is entrusted to the Arab-Kurdish alliance of the so-called ” Syrian Democratic Forces (SDF), officials in Washington, as if nothing had happened, insist that his plan was “consistent.”

The US State Department also says that nothing has changed in American policy in Syria, as FRN previously reported. But this “consistency” in the foreign policy department is given a different shade, namely, anti-Iranian.

“We have been very clear about our shared political goals in Syria. The political goals of the United States towards Syria have been consistent and remain unchanged. This is the long-term defeat of ISIS and Al-Qaeda, an irreversible political solution to the Syrian conflict in accordance with UN Security Council Resolution 2254 and the elimination of all forces supported by Iran.”

Meanwhile, it is clear from Moscow’s reaction that it did not appreciate Washington’s “consent” to “see Russians in Syria” in the future, despite the pleasing result nonetheless.

In a joint statement this month, Russia and Syria condemned the “illegal presence of the United States and its allies in the territories of a sovereign Syrian state.” It also condemned the recent granting by the US government of a license to a little known US oil company to produce oil in Syria, despite that this oil company will not be granted the supply-line security it desires by Trump – given the green-light Russia has to retake Syrian territory on behalf of the SAR.

The company, Delta Crescent Energy LLC, was incorporated in Delaware in February 2019, according to its business license. Its partners include former U.S. ambassador to Denmark James Cain; James Reese, a former officer in the Army’s elite Delta Force; and John P. Dorrier Jr., a former executive at GulfSands Petroleum, a U.K.-based oil company with offices and drilling experience in Syria.

The United States earlier began to form a special unit in Syria to protect oil fields in the areas east of the Euphrates River. According to local sources, ethnic Arabs from the Syrian Democratic Forces, the backbone of which are formed by the Kurdish People’s Self-Defense Forces, were involved in the special forces. The task of the “special forces” is to counter the probable attacks of pro-Iranian fighters stationed in the province of Deir ez-Zor, who support the government forces of Bashar al-Assad.

Delta Crescent Energy LLC has no particular interest in Kurdish autonomy, nor support for the SDF. The ethnic division in the SDF, between Syrian Arabs and Kurds – into a single force – may be a step away from any Kurdish ethno-state within the territory of Syria.

If Delta Crescent can maintain its contract on terms which take into consideration the transfer of supply-line security from Washington over to Damascus, then taxes, tariffs, or fees in terms of dollars spent will be a wash under a unified SAR.

Joaquin Flores is Editor-in-Chief of Fort Russ News, as well as the Director of the Belgrade based think-tank, the Center for Syncretic Studies. He served as Chief Negotiator and Internal Organizer in several jurisdictions for the SEIU labor union in California. Flores has appeared regularly on Iran’s ‘PressTV’ and Russia’s ‘RT’ news for current geopolitical matters.

What will the next 60 days bring? — Puppet Masters — Sott.net