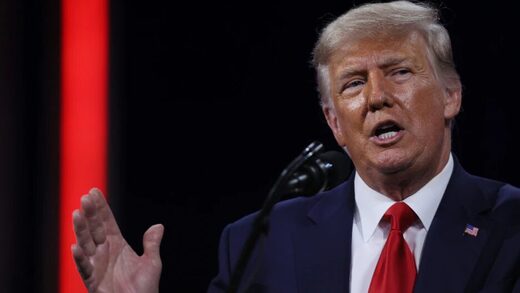 Trump praised the West African country for banning use of the social media platform after the Twitter suspended the account of Nigerian President Muhammadu Buhari for comparing gunmen attacking national electoral commission offices to the Nigeria Civil War. The company deleted the tweet, saying it violated their abusive behavior policy.

“Congratulations to the country of Nigeria, who just banned Twitter because they banned their President. More COUNTRIES should ban Twitter and Facebook for not allowing free and open speech — all voices should be heard,” Trump said in a statement Tuesday.

Trump, an avid social media user during his 2016 presidential campaign and while in office, was permanently banned by Twitter for his role in the Jan. 6 attack on the U.S. Capitol. Facebook also kicked him off its platform, recently extended his suspension until 2023.

COVID-19 is ‘most discriminatory crisis’ for women — Society’s Child — Sott.net

Capitol Police ordered to use light touch in riot response, given inadequate equipment, failed to follow up on intel — Puppet Masters — Sott.net