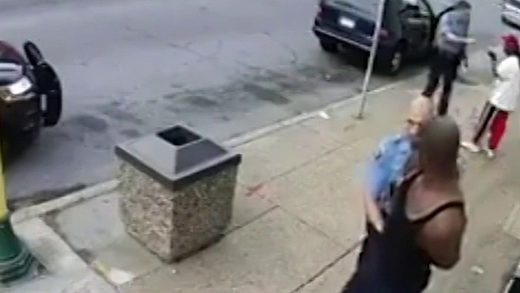 I have searched the Internet and cannot find the alleged second autopsy — the so-called “independent autopsy” hired by “George Floyd’s family.” I have no difficulty finding the official medical examiner’s report, but there is no sign of a second autopsy. Those of you who are convinced it exists please send me the URL. It will prove that you are a better Internet searcher than I am.

Based on the available information, the “second autopsy” consists of an assertion by CNN, a collection of liars that other presstitutes echo. Thus, the presstitutes created a non-existent “second autopsy” just as they created Russiagate and Russian bounties to the Taliban to kill American troops in Afganistan that President Trump allegedly refuses to do anything about. Precisely how does Trump do something about something that does not exist? Try to imagine people so stupid that the morons think the Taliban has to be paid by Russia to kill the American troops who are trying to occupy Afghanistan. The Taliban have been killing the US occupying troops for two decades! Why suddenly are Russian bounties necessary for the Taliban to kill US troops? It is just more concocted anti-Trump propaganda.

Similarly, how can a second autopsy that allegedly concludes that officer Chauvin murdered Floyd be refuted when no such autopsy exists?

What does exist is a twice fired former medical examiner, first fired by New York City and then by Suffold County, who serves as a hired gun to give inflamatory statements to the media in support of civil lawsuits for money. His name is Michael Baden.

Baden did no second autopsy. He viewed the video of officer Chauvin and gave his opinion that Chauvin killed Floyd by cutting off oxygen and blood to the brain. In this rhetorical footwork, he was aided by the rightwing idiot Sean Hannity on Fox News.

Nowhere in the media is there any mention of Floyd’s existing serious health conditions, his drug addiction, or the level of fentanyl in his blood that was in excess of a fatal dose. The medical examiner’s report has been ignored by the presstitute media and by public authorities including the prosecutor who indicted officer Chauvin.

The consequence of a fentanyl overdose is inability to breathe and heart attack. Look it up yourself. I have provided the link in previous columns, and here it is again.

“Synthetic opioids, including fentanyl, are now the most common drugs involved in drug overdose deaths in the United States. In 2017, 59.8 percent of opioid-related deaths involved fentanyl compared to 14.3 percent in 2010” — drugabuse.gov

“Among an estimated 70,200 drug overdose deaths in 2017, the largest increase was related to fentanyl and its analogs with more than 28,400 overdose deaths. However, these numbers are likely underreported.” — drugs.com

According to harmreductionohio.org, 700 micrograms (less than one milligram) is an overdose from which death is likely. One milligram (1000 micrograms) carries the risk of “death near certain.” Two milligrams and death is certain and unavoidable. A dose of 250 micrograms (one-fourth of one milligram) can kill a non-tolerant user. “Conventional medical wisdom is that 2,000 micrograms is the ‘minimum lethal dose’ — in other words, the smallest amount that can be fatal. This estimate is far too high. Two thousand micrograms (2 milligrams) of pure fentanyl injected into a vein would cause even most heavy heroin users to overdose — especially if fentanyl is mixed with any other substance, such as heroin, alcohol or Xanax.”

These are extremely small amounts.

“Rescuers responding to overdose calls have to be careful — just touching it or inhaling it can be deadly.” — drugfreeworld.org

Don’t write to me what you think. What you think is not the issue. The facts are the issue. If you don’t now the facts, you simply do not know. Ignorant and manipulated emotion is not a basis for arriving at truth.

There is no mention in the media of Floyd’s bloodwork showing the high level of fentanyl or by Hannity in his enabling interview of a hired gun, Michael Baden, who intends to make himself and Floyd’s “family” multimillionaires with a civil lawsuit. No doubt but that Baden is grateful to Hannity for giving him the public forum for his clients.

With no mention that Floyd had a fatal dose of a dangerous opioid that is known to stop breathing and cause a heart attack, the hired gun, Michael Baden, can pronounce officer Chavin guilty.

Here I am trying to defend the truth. There is no second autopsy, but everyone has been convinced that there is. What reach can one naysaying voice have when an irresponsible media has enthroned a lie?

Why was a “second autopsy” needed? According to CNN for no reason at all. According to CNN the official medical examiner’s report supports that Floyd’s death was homicide by police. If so, why did the “Floyd family” have to hire someone to say the same thing?

Read the medical examiner’s report for yourself.

The report states: “No life-threatening injuries identified.” The title in the medical examiner’s report is nothing but a list of the factors investigated. The Amerian presstitute media has falsified the meaning of the use of the word “restraint” in the title of the medical examiner’s report to mean that police restraint contributed to Floyd’s death.

To summarize: Michael Baden did not do an autopsy. He provided his self-serving interpretation of the video everyone has seen. CNN turned this into a “second autopsy.” Other media picked up the CNN misrepresentation of a video interpretation as an autopsy, and the “fact” of a second autopsy was created. The medical examiner’s report does not mention homicide or use the word, and there is no mention of police restraint as a “confluence factor” contributing to Floyd’s breathing problem and death. Police or no police, the overdose of fentanyl was sufficient to kill him. Note that no media has mentioned the fatal concentration of fentanyl in Floyd’s blood. That Floyd was murdered by police is very important to many people, and this emotional response overwhelms facts. The media rushed us to judgment on an emotional response to a video without any examination of the facts.

Consider also that the “peaceful protests” were not spontaneous outbreaks in multiple cities. There were pre-delivered stacks of bricks present in protest locations. “Peaceful protesters” arrived with knapsacks filled with concrete chunks. Antifa was on hand to initiate the looting, burning, and violence. The presstitutes have tried to cover up these facts, but Black Agenda Report affirms that the “spontaneous protests” were planned in advance:

George Floyd Protests Were Result of Years of Organizing

There was nothing spontaneous about the breadth and scope of the protests that rocked the nation last month, said veteran activist Monifa Bandele, a member of the policy table of the Movement for Black Lives. “It really came off of six years of tough, exciting and inspiring mass organizing,” said Bandele. The unprecedented level of white participation was the result of “half a decade of telling non-white activists, ‘This is what it looks like, so follow the lead of Black organizations.'”

Americans are the world’s most gullible people. They have fallen for every transparent lie of the 21st century from 9/11 through alleged Russian bounties to the Taliban to kill US troops. Each time the truth eventually comes out. Controlled demolition brought down World Trade Center Building Seven. There were no weapons of mass destruction in Iraq. Saddam Hussein had no al Qaeda connections. There were no Iranian nukes. Assad did not use chemical weapons. Russia did not invade Ukraine. Yet the knowledge that they have been lied to and deceived does not shield Americans from falling for the next lie.

A people unable to catch on to their constant manipulation has no future.

The Totalitarian Future Globalists Want For The Entire World Is Being Revealed — Puppet Masters — Sott.net