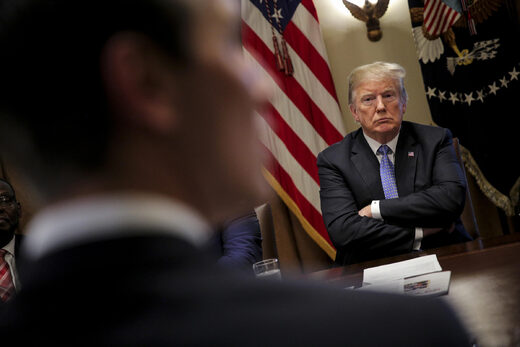 President Donald Trump blasted former Defense Secretary James Mattis as “terrible,” criticized the power of the “military-industrial complex,” and defended his decision to draw down America’s military presence in Syria following the United States’ successful destruction of the Islamic State there.

Trump’s comments about Mattis came before Mattis published a statement attacking Trump and falsely claiming the military had never been used to support law enforcement in responding to violent riots. Trump said opposition from establishment figures like Mattis wasn’t driven by personality or tactical disagreements but by entirely different worldviews.

The president was critical of Mattis’ failure to achieve victory in Afghanistan and remove troops there after fighting since 2001. “Look, we’ve been there for 19 years – Mattis was terrible, you know, not very good,” Trump told The Federalist during an interview in the Oval Office in late May.

Trump also criticized Mattis’ demand of a permanent American military presence on the border of Syria and Turkey, and noted that dire predictions of a slaughter of Kurds following the withdrawal of U.S. troops never materialized. After he announced his plan to withdraw U.S. troops from the region after the destruction of the Islamic state, known as ISIS or ISIL, media viciously attacked Trump, claiming that his plan would result in the immediate genocide of the Kurdish people once American military forces were removed.

U.S. foreign policy in the Middle East was a key driver of friction between Trump and Mattis during Mattis’ tenure at the Pentagon, and reportedly led to Mattis’ abrupt exit from the position.

Trump and the decorated former Marine general, who was fired by former President Barack Obama, repeatedly clashed over whether the U.S. had a responsibility to serve as a permanent police presence moderating sectarian disputes in Iraq, Afghanistan, Syria, and Turkey.

“They’ve been guarding the border for 2,000 years. Why should we have our people guarding the Turkey-Syria border?” Trump asked. “We don’t give a shit what happens. It’s up to them.”

During the interview, Trump said that much of the establishment hatred of his presidency was driven by opposition to his foreign policy and his desire to only deploy American servicemen and women on missions directly related to American national security interests.

“The military-industrial complex is unbelievably powerful,” Trump said, using the phrase coined by former President Dwight D. Eisenhower to describe the individuals and institutions who depend on the trillions of dollars spent by the Department of Defense each decade to stay afloat. “You have no idea. Some legit, and some non-legit,” he said.

“In the councils of government, we must guard against the acquisition of unwarranted influence, whether sought or unsought, by the military-industrial complex,” Eisenhower, who commanded U.S. troops on D-Day in World War II, said during his farewell address in 1961. “The potential for the disastrous rise of misplaced power exists and will persist.”

Following Mattis’ statement, other retired generals such as John Kelly and Colin Powell joined in the attacks on Trump. Powell went on television to announce he would support Joe Biden’s candidacy for the presidency. According to his own public statements, he has not voted for a Republican nominee for president since 2004 at the latest, shortly after he falsely told the United Nations that former Iraqi president Saddam Hussein had a cache of weapons of mass destruction that the United States must launch a war to eradicate.

While nearly 41,000 American troops were killed or wounded in the pre-emptive war in Iraq that Powell’s U.N. presentation helped launch, the WMDs promised by Powell were never found.

The U.S. intelligence’s community’s false assurances that the WMD both existed and necessitated a pre-emptive war to topple Hussein’s regime remain one of the single largest intelligence failures in U.S. history.

Trump supporter Bill Mitchell, with over half a million followers, permanently booted from Twitter for ‘opposing masks’ — Society’s Child — Sott.net