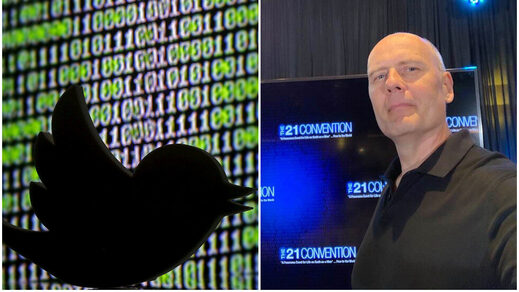 Conservative firebrand Stefan Molyneux has had his Twitter account suspended, just a week after he was banned from YouTube. His removal from the platform comes amid a growing debate over free speech on social media.

The ban came without warning, Molyneux claimed during a livestream in which he discussed the development. “It’s nice to see that Twitter is talking to tech journalists before they would talk to me,” he said. The popular right-wing pundit and intellectual suggested that he was removed from the platform after promoting a new essay that outlines his values and beliefs. “It’s not hard to understand why powerful people might not want you to read what I wrote below,” reads a note at the top of the essay, in which he announced his removal from Twitter.

Molyneux argued that the campaign to deplatform conservative voices has started to “energize” conservatives and that his ban demonstrates “who has the power and who doesn’t have the power.”

Twitter appears to dispute the notion that he was removed for ideological reasons. In a statement provided to CNN, the company said that Molyneux “was suspended for spam and platform manipulation, specifically operating fake accounts.”

Liberal journalists applauded Molyneux’s ban. Jared Holt, a report for Right Wing Watch, said the move was “overdue” and expressed curiosity about what finally motivated Twitter to pull the plug on his account.

But others condemned Twitter’s decision and warned of a growing assault on free speech, expecting “the purge” to “accelerate.”

Molyneux, the host of Freedomain Radio, was permanently banned from YouTube last Monday, after allegedly violating the site’s “hate speech” policies. His removal from the platform came amid a wide-ranging social media purge, which resulted in popular Trump-related accounts receiving bans on Reddit and Twitch, as well as other right-wingers being booted from YouTube.