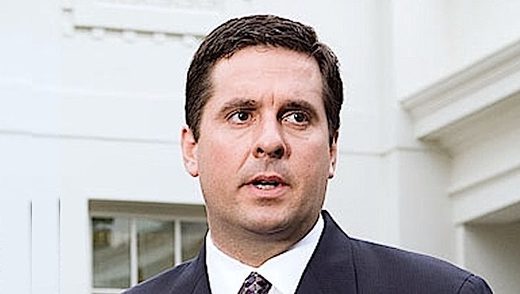 Leaks about Russia offering bounties to Taliban-linked fighters to target U.S. and other coalition troops in Afghanistan likely came from counterintelligence officials aligned with the Democratic Party, according to the top Republican on the House Intelligence Committee.

Rep. Devin Nunes also told Fox News on Saturday that it is unlikely the leakers will ever be found, lamenting how the nation’s intelligence agencies have been “politicized” since the 2016 election.

“The idea that this would leak likely — and I’ll say this, and I think this is the most important thing I’m going to say this morning — this leak probably came from the area of our intelligence agencies that look at counterintelligence,” the California Republican said.

“These are the very people that are actually going to be investigating themselves. I think we have a real problem when the intelligence agencies within our counterintelligence capabilities … when have to actually investigate themselves. I don’t think we’re going to find these leakers who were just helping the Left build a narrative to try to take down the Republican Party,” Nunes added.

The congressman was briefed Thursday alongside fellow members of the Gang of Eight, which includes congressional leaders from both parties, by U.S. intelligence chiefs about intelligence assessments that a Russian spy unit offered bounties for killing U.S. military personnel in Afghanistan.

Trump has called reporting on the bounties, which assert he was briefed on the intelligence and has not taken any retaliatory action against Russia, “fake news.” He also told Fox Business on Wednesday that he believes “it’s a hoax by the newspapers and the Democrats.”

Trump’s national security adviser, Robert O’Brien, told reporters last week that a “crimes report” was filed by the CIA with the Justice Department to track down whoever leaked classified intelligence.

Nunes said this situation has “all the same hallmarks” of the “impeachment hoax,” which ended in acquittal in February.

“It’s the same reporters that ran with it. … At first, it’s a bombshell, and then, of course, after a few days, you figure out that the intelligence never even made its way to the president’s desk,” he said, adding that the priority for intelligence agencies is to make sure U.S. forces under possible threat are adequately informed regardless of whether all the information is verified.

‘Is that supposed to be a bad thing?’ — Puppet Masters — Sott.net