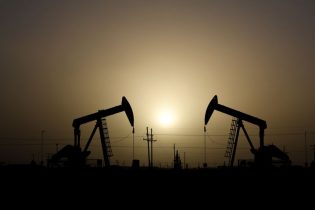 The American Petroleum Institute [API] said on Tuesday that crude stocks fell by 4 million barrels last week, versus analysts’ expectations in a Reuters poll for a draw of 2.9 million barrels.

It also showed falls in gasoline and distillate stocks. Official government data is due later on Wednesday. [EIA/S] [API/S]

A downward revision to a key U.S. oil production forecast for this year also lent support to prices.

Still, growing uncertainty over a stalemate in Washington in talks for a stimulus package to support recovery from the deepest impact of the pandemic may weigh on prices looking ahead.

In India, refined fuels consumption fell to 15.68 million tonnes in July, down 11.7% year-on-year and 3.5% below June’s levels, data from the Petroleum Planning and Analysis Cell (PPAC) of the Ministry of Petroleum & Natural Gas showed.

Stay home orders: What the anti-stay-at-home protests are really about