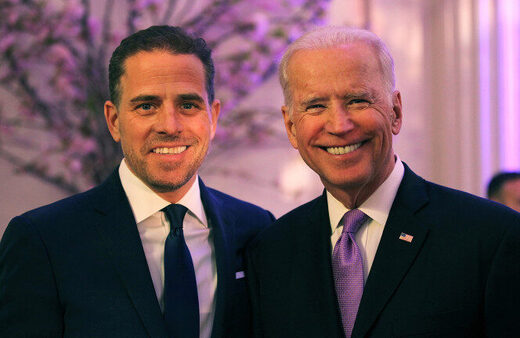 Foreign entities looking to influence American politics sometimes devise lucrative commercial deals involving a politician’s family. While the deals can, and do, ensnare politicians of all stripes, those involving the Biden family are particularly troubling: The transactions implicate US national security.

While Joe Biden served as vice president, his son Hunter received offers from foreign governments and oligarchs in areas where he had little or no expertise. That his foreign partners included a rival state, Communist China, makes these arrangements particularly brazen, even by Washington’s swampy standards.

Newly released Secret Service travel records for Hunter paint a clearer picture of how extensive these efforts were. The documents, reviewed by Judicial Watch, show that between 2009 and 2014, Hunter made 411 trips across 29 countries. While some of those trips were perhaps leisure and others related to his volunteer work for the World Food Program, many of them appear to be connected to deals that he or his associates either secured or sought with foreign governments and oligarchs.

For example, Hunter visited China five times between 2009 and 2014. Most notoriously, he traveled with his father aboard Air Force Two in December 2013 as part of an official visit with Chinese officials. Ten days after their return to Washington, Hunter and his associates partnered with the state-owned Bank of China to formally establish BHR, a new, first-of-its-kind fund aimed at making investments outside China through the newly established Shanghai Free Trade Zone.

When this deal was first revealed in Peter Schweizer’s book “Secret Empires,” Team Biden attempted to paint Hunter as a passive participant involved in the formation of BHR, arguing that “other business partners” had laid the groundwork for it in a June 2013 meeting. But the new travel records reveal that Hunter was, in fact, in Beijing in June 2013.

Hunter’s trips to China are also of interest in light of what happened with another company he co-founded and served as a board adviser, Rosemont Realty. In 2015, that firm sold a majority stake to Gemini, a Chinese state-owned company.

There is evidence of extensive foreign dealings going beyond China, including the well-known case involving the corrupt energy company Burisma in Ukraine. According to corporate board records released as part of a criminal trial in New York, Hunter’s business partners bragged about their relationships with powerful figures around the world. One matter mentioned was a $200 million deal involving Yelena Baturina, a powerful Russian oligarch formerly married to Moscow’s mayor.

Hunter visited Moscow in February 2012, according to the travel records. The nature of his relationship with Baturina isn’t publicly known, but Kirill Zakharin, who managed investments for Baturina at the time, listed himself as an advisory board member of Rosemont Realty, Hunter’s firm. Zakharin now helps run the Russian government’s housing finance company, DOM.Rf.

But the most troubling aspect of Hunter’s relationship with foreign entities isn’t simply that a politician’s family is getting wealthy. That’s all too common. It’s that his largest partner overseas appears to be the Chinese government, a brutal totalitarian regime fast emerging as America’s major 21st-century adversary. And some of their commercial deals have clear implications for national security.

Not long after its founding, BHR, the investment firm, became involved in a string of high-profile deals involving sensitive national security concerns. BHR received a pre-public offering stake in a state-controlled nuclear company now under federal indictment for espionage. It invested in strategic mineral resources in Africa. And it partnered with a Chinese military contractor to purchase a Michigan-based manufacturer of vibration dampening equipment, which is used in transport systems but is considered “dual use” by the federal government, i.e., it has military applications.

During all of these deals, Hunter Biden sat on the firm’s board of directors. His close friend and business partner Devon Archer was BHR’s vice chairman and a member of the investment committee.

Joe Biden has pledged that his family will not do any new foreign deals if he is elected president. This is an echo of a promise President Trump made in December 2016. Such promises are largely meaningless. But beyond securing new deals, the current Biden commercial relationships are troubling enough.

While Hunter Biden resigned from the board of BHR under the glare of public attention, he retains his equity stake in the firm. And the full extent of his relationships through his other businesses cannot be known. And the Bidens are not talking.

Peter Schweizer’s research is featured in the new film “Riding the Dragon: The Bidens’ Chinese Secrets.” Jacob McLeod is a researcher and writer.

This is why you can’t trust the fact checkers — Society’s Child — Sott.net