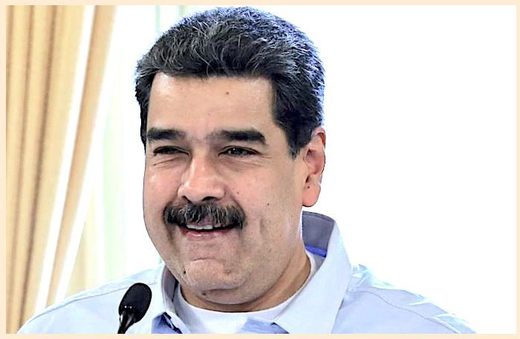 Venezuelan President Nicolas Maduro says he will visit Iran shortly to sign cooperation agreements in energy and other sectors after Iran sent five fuel tankers to the South American country.

“I am obliged to go to personally thank the people,” Maduro said on June 1 in an address broadcast on state television. He did not provide a date for his visit to the Islamic Republic.

Both Iran and Venezuela are under U.S. sanctions and Washington has sought to deter such shipments.

“Iran practices its free trade rights with Venezuela and we are ready to send more ships if Caracas demands more supplies from Iran,” Musavi told a weekly news conference on June 1 that was broadcast live on state television.

Venezuela, once South America’s top oil producer, is suffering from a gasoline shortage amid a deep economic crisis.

The United States has warned governments, seaports, shippers, and insurers that they could face measures if they aid the tankers.

Four of the five tankers have entered Venezuelan waters so far. The Refinitiv Eikon analytical company said on May 31 that the first two tankers have started their return journey.

Tensions have been on the rise between longtime foes Tehran and Washington since 2018, when President Donald Trump withdrew the United States from a landmark 2015 nuclear deal between Iran and world powers and reimposed crippling sanctions that have battered the Iranian economy.

‘Being a Trump supporter is being a bad person,’ Google manager tells Project Veritas in new revelations of bias in tech giant