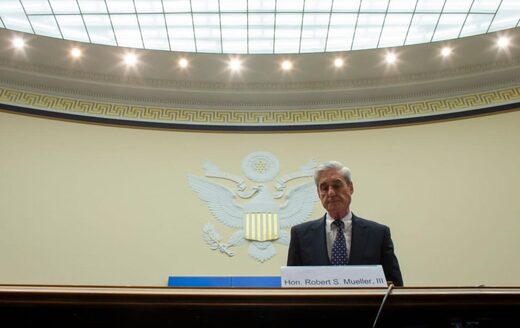 The witness has already been in prison for a year

The witness, George Nader, who also acted as an adviser for President Trump’s White House transition team following the 2016 election, was handed the sentence by Judge Leonie Brinkema at the U.S. District Court for the Eastern District of Virginia.

Nader, who has already served a year in prison, admitted to bringing a 14-year-old boy from the Czech Republic to the United States in 2000 for sex trafficking. As part of the sentence, he is also ordered to pay that victim $150,000.

His lawyers, who lobbied for the 10-year term rather than a longer stay in prison, expressed “a real fear that [Nader] will not outlive the sentence” due to health problems as well as the ongoing coronavirus pandemic.

Nader in court said he was “dearly, deeply sorry” for the crimes.

50 headlines welcoming us to the “new normal” — Society’s Child — Sott.net