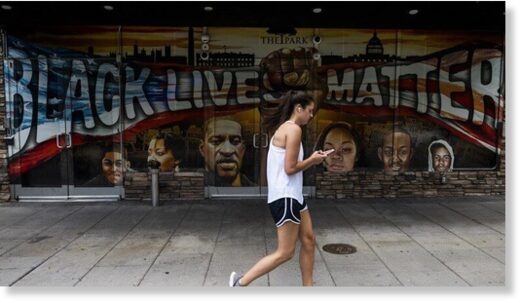 In its recent blitz on ‘hateful content’, Reddit has dropped any pretence of fairness. The site now condones hatred and calls to violence, as long as they’re directed at the right “majority.”

Reddit is among the world’s most popular websites and home to more than a million communities, or ‘subreddits’. As of Monday, 2,000 of these have been banned for “promoting hate.” Among them are r/The_Donald, a popular community of Trump supporters, and r/ChapoTrapHouse, an offshoot of the leftist podcast by the same name.

Along with the bans came an overhaul of the site’s content policy. “Everyone has a right to use Reddit free of harassment, bullying, and threats of violence,” the policy reads. “Communities and people that incite violence or that promote hate based on identity or vulnerability will be banned.”

But whose identities are the most vulnerable? Reddit’s policy dictates that minorities in terms of “actual and perceived race, color, religion, national origin, ethnicity, immigration status, gender, gender identity, sexual orientation, pregnancy, or disability” will all be considered vulnerable, as will “victims of a major violent event and their families.” This last section likely lays the foundations to boot future rabble rousers like Infowars’ Alex Jones, who was kicked from multiple platforms two years ago for maligning the victims of the Sandy Hook massacre.

In all of these intersectional fault lines listed above, the majority will not be afforded the same protections. “The rule does not protect groups of people who are in the majority,” the policy explicitly states.

Non-Hispanic white people make up 60 percent of the US population, so based on the scant guidelines provided by Reddit, hateful content directed at them will be deemed completely acceptable. However, less than half of Reddit’s users are American, and when the entire world is taken into account, its largest ethnic group is Han Chinese. Anti-Chinese racism should, therefore, be allowed, if Reddit considers this when it enforces its rules.

Similarly, while women are a slight minority worldwide, they are a 50.8 percent majority in the US. Reddit should therefore apply a zero tolerance policy on sexism to its global users, but allow Americans to unload any amount of hatred and vitriol on the fairer sex.

It’s tempting to imagine the content moderators at Reddit’s San Francisco headquarters tying themselves in knots as they attempt to enforce the new policies to the letter, thumbing through demographic spreadsheets as they try to define minority and majority, victim and aggressor. It’s also extremely unlikely that they’ll do this.

Indeed, Reddit CEO Steve Huffman wrote a letter to his employees earlier this month, explaining that the anti-racism initiatives undertaken by the company were done in light of George Floyd’s death, and explicitly to fight anti-black racism. Moreover, Black Lives Matter has been incredibly successful in framing the US’ racial divide as the result of the latent ‘white supremacy’ of the caucasian race; so too have the authors currently topping the New York Times’ bestsellers list, not to mention the newspaper itself, whose writers were awarded a Pulitzer Prize this year for a project reframing the entirety of US history as a tale of the white man’s racism.

Amid this climate, anti-white racism will in all probability be overlooked by Team Reddit, in their rush to appease BLM.

Yet, isn’t framing all racism and hate in the black-and-white context of modern America an inherently colonialist attitude? Doesn’t Huffman’s globalizing of a uniquely American problem speak to a certain supremacism? Isn’t it an act of cultural hegemony to project the US experience onto, say, a redditor in India (where the site is more popular than it is in much of Europe)?

These are the kind of hypothetical questions that could be endlessly debated on Reddit, if only there were still communities on which to do so.