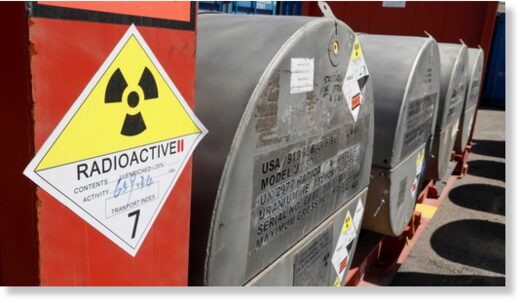 The United Nations nuclear watchdog said it had struck a deal with Iran to cushion the blow of Tehran’s plans to end snap site inspections, with both sides agreeing to keep “necessary” monitoring for up to three months.

The announcement by International Atomic Energy Agency (IAEA) chief Rafael Grossi, made at Vienna airport after a weekend trip to Iran, confirmed that Tehran would go ahead with its plan to slash cooperation with the agency.

Iran has been gradually breaching terms of a 2015 nuclear pact with world powers since the United States, under former president Donald Trump, withdrew in 2018 and reimposed sanctions.

The pact aims to keep Iran at arm’s length from being able to make nuclear arms, which Tehran has said it never wanted to build.

US President Joe Biden has said he is ready to talk about both nations returning to the accord, although the two sides have been at odds about who makes the first step.

A key part of Iran’s plan for reducing cooperation this week was to end implementation of the Additional Protocol, under which the IAEA has the right to carry out snap inspections in member states at sites not declared to the agency.

Iran had agreed to implement the protocol under the 2015 nuclear deal.

“This law exists. This law is going to be applied, which means that the Additional Protocol, much to my regret, is going to be suspended,” Mr Grossi told the airport news conference.

Before he spoke, the IAEA and Iran issued a joint statement saying Tehran would continue implementing the Comprehensive Safeguards Agreement, its core obligations to the agency that allow for monitoring of its declared nuclear facilities.

The IAEA will also continue “necessary verification and monitoring activities for up to three months”, the statement said, without specifying what those activities are

Iranian Foreign Minister Mohammad Javad Zarif, who under President Hassan Rouhani helped reach the atomic accord, said the IAEA would be prevented from accessing footage from their cameras at nuclear sites.

That came during a state TV interview Sunday even before his meeting with Mr Grossi.

“This is not a deadline for the world. This is not an ultimatum,” Mr Zarif told the government-run, English-language broadcaster Press TV.

“This is an internal domestic issue between the parliament and the government.”

“We have a democracy. We are supposed to implement the laws of the country. And the parliament adopted legislation — whether we like it or not.”

Mr Zarif’s comments marked the highest-level acknowledgement yet of what Iran planned to do when it stopped following the so-called “Additional Protocol”, a confidential agreement between Tehran and the IAEA reached as part of the landmark 2015 nuclear deal.

The IAEA has additional protocols with a number of countries it monitors.

Mr Grossi said the steps that Iran would take this week would be “to a certain extent mitigated” by the terms of this new, temporary agreement.

“What we agreed is something that is viable, it’s useful to bridge this gap that we are having, salvages the situation now,” he said.

“But of course for a stable, sustainable situation there will have to be a political negotiation that is not up to me,” Mr Grossi said, suggesting this created a window for talks on salvaging the nuclear deal.


Comment: The Iranian parliament is calling for Rouhani to be prosecuted for this “illegal” agreement:

Legislators opposed Rouhani’s move as they believe it is a “clear violation” of a bill that was passed on December 2 that required the country to increase its nuclear activities if the Iran nuclear deal was not fully reinstated and sanctions imposed by the Trump administration were not removed.

Despite the legal requirement that the government strip away the broad authority the IAEA inspectors have thus far enjoyed if the deadline of 23 February is not met, Rouhani’s deal with the UN bypasses that for the next few months.

As the inspectors won’t be able to gather information themselves, Iran has agreed to record the monitoring data the UN would normally collect itself. If the US returns to the Iran nuclear deal, this will be handed over to UN inspectors. If US sanctions have not been removed within three months, however, all the data retained over that period by Iran will be destroyed.

With Iran’s Supreme National Security Council claiming the deal with the IAEA is compliant with the law, and Iranian lawmakers arguing it’s a violation of that law, the judiciary will now be asked to decide which is the correct legal position.

While it’s not yet clear what punishment the legislature believes Rouhani should face, the MPs claim that, as “the aforementioned law recognizes the president as the person in charge of implementing it,” he should face criminal charges if the judiciary agrees the new deal is illegal.

While the Ayatollah stressed that Iran is not pursuing nuclear weapons, he argued “no one” could stop the country from having them if it wanted to – certainly not the US or “the Zionist clown” (i.e. Israel). Only “Islamic principles” prevent such an outcome, he continued, adding that Iran will not limit its uranium enrichment to 20 percent.

There’s no longer any question that Biden carried out a cover-up in Ukraine — Puppet Masters — Sott.net