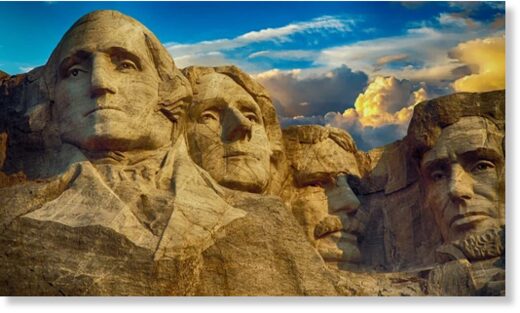 In a post that was hastily deleted Monday night, the Democratic National Committee announced that President Trump’s plan to celebrate the Fourth of July was “glorifying white supremacy.” No explanation was given as to how celebrating the nation’s independence from the British Empire could be considered racist. 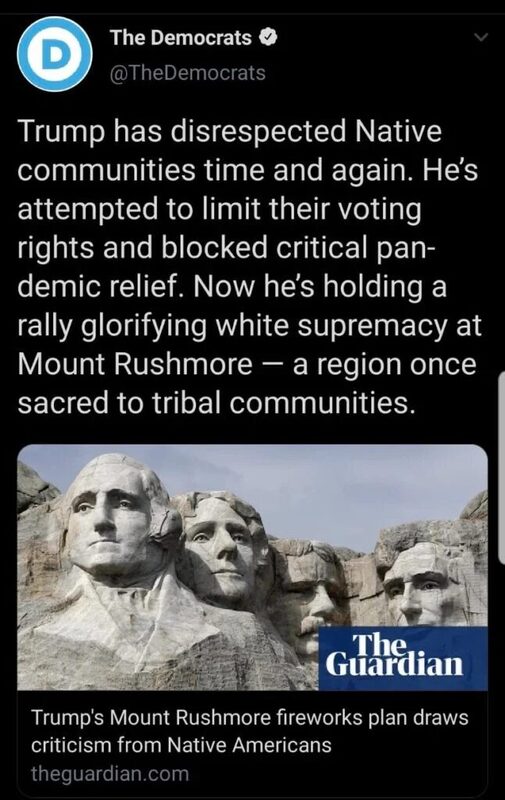 As of press time, the Democratic Party has yet to offer any apology or retraction for the outlandish claim.

The accusation that celebrating the Fourth glorifies racism was not the only eyebrow-raising argument made. The message also claimed Trump “blocked critical pandemic relief” for Native Americans.

What actually happened was that a fraction of the funding allocated by the CARE Act, which Trump helped push through, was delayed within the Treasury. Its hardly the only time there have been delays in distributing government bailout checks. There has been no evidence showing the president had anything to do with the error, nor any serious allegations of such.

In addition, Democrats claimed Trump had “attempted to limit their (Native American) voting rights.” No evidence was provided for this claim either.

Since rioters have moved from targeting Robert E. Lee to Thomas Jefferson and George Washington, support for destroying the historic mountainside memorial is growing among liberal voters.

The monument is within the Black Hills, a 5,000-square-mile area. Gov. Kristi Noem of South Dakota recently stated her intent to defend the monument against calls for its destruction. “This is no longer about equality,” Noem said in a recent interview. “This is a radical rewriting of our history, and in South Dakota we won’t stand for it.”

Three million people visit Mount Rushmore annually, many of whom come to its Fourth of July festivities.

Jonah Gottschalk is an intern at the Federalist. He studies Modern History and International Relations at the University of St Andrews.

Roger Stone talks about who triggered CNN to exploit his arrest and shows his metadata — Puppet Masters — Sott.net