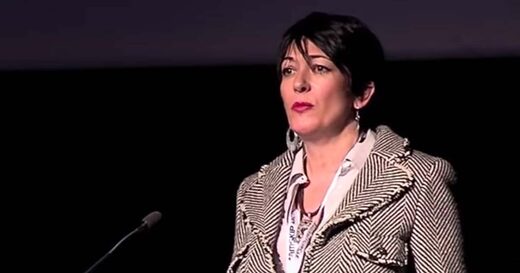 Ghislaine Maxwell sexually abused underage girls and joined Jeffrey Epstein in directing Virginia Roberts Giuffre to be sexually abused by others, Giuffre claimed in a cache of documents that has been unsealed in the US.

She “trained me as a sex slave”, Giuffre is quoted as saying.

The documents were part of now-settled civil litigation against the British socialite and include claims about her alleged involvement in the sex-trafficking scheme of Epstein, her longtime confidant and a convicted sex offender.

The documents stem from a 2015 civil action brought against Maxwell by Giuffre, who has claimed Maxwell lured her into Epstein’s orbit as a teenager under the guise of offering work as a masseuse.

She said the couple subsequently pressured her into having sex with numerous rich or notable men, including Prince Andrew, US politicians, wealthy entrepreneurs, a famous scientist, and a fashion designer. 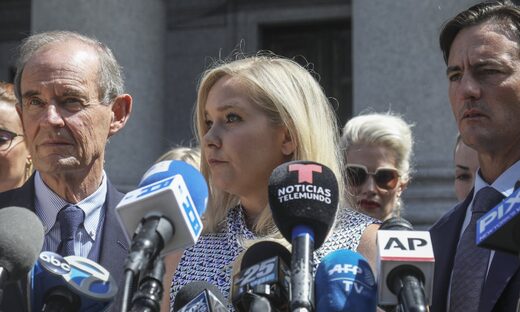 Maxwell and all of the accused men have long denied those allegations.

The files include personal emails between Epstein and Maxwell, as well as information from a discussion between Giuffre and her lawyer.

“‘It is your contention that ‘Ghislaine Maxwell had sex with underage girls virtually every day when I was around her’, correct?” Giuffre was asked during a May 2016 deposition contained in this document cache.

“All right. With whom did Ghislaine Maxwell have sex in your presence?” she was asked.

“Well, there’s a lot of girls that were involved. We weren’t on a first-name basis with each other. I wouldn’t be able to give you lists of names of girls. It was continuous,” Giuffre answered.

When asked whom Maxwell directed her to have sex with, Giuffre said: “I’m going to continue to tell you that they both directed me to do it. It was part of my training. They both told me: ‘You’ve got tickets to go here. This is who you’re meeting, and this is what you’re doing.’ 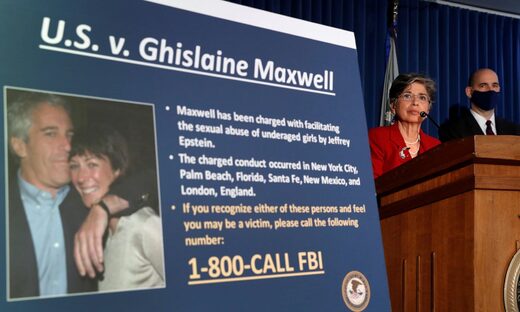 “You have to understand that Jeffrey and Ghislaine are joined hip by [the] hip, OK? So they both trafficked me. Ghislaine brought me in for the purpose of being trafficked. Jeffrey was just as a part of it as she was. She was just as a part of it as he was,” Giuffre said. “They trafficked me to many people. And to be honest, there is people I could name, and then there’s people that are just a blur. There was so much happening.

“Ghislaine Maxwell brought me into the sex-trafficking industry. She’s the one who abused me on a regular basis. She’s the one that procured me, told me what to do, trained me as a sex slave, abused me physically, abused me mentally,” Giuffre also said.

Many documents in this case have been subject to an intense legal battle. Maxwell’s attorneys in the civil suit had argued to keep many records under seal, maintaining previously that “this series of pleadings concerns [attempts] to compel Ms Maxwell to answer intrusive questions about her sex life”.

The documents, they argued, are “extremely personal, confidential and subject to considerable abuse by the media”.

The Manhattan federal court judge Loretta Preska ruled on 23 July that they should be unsealed, however, saying: “The court finds that the countervailing interests identified fail to rebut the presumption of public access.”

Documents involving Maxwell’s deposition have not yet been released pending an appeal by lawyers for Maxwell. 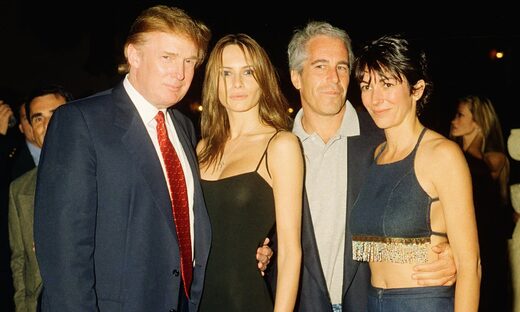 In a separate case, federal authorities arrested Maxwell on 2 July and charged her for allegedly participating in Epstein’s sex-trafficking. Maxwell, the daughter of the late publisher Robert Maxwell, pleaded not guilty on 14 July, and is in custody awaiting trial in New York.

Maxwell has repeatedly denied wrongdoing. Her lawyers have said she “vigorously denies the charges” and is “entitled to the presumption of innocence”.

Giuffre has been interviewed by the FBI, but no charges were brought based on her allegations and she is not one of the three alleged victims in the current criminal case against Maxwell.

The documents released on Thursday help shed light on Maxwell and Epstein’s relationship. In one of the personal emails between Epstein and Maxwell, Epstein wrote on 25 January 2015: “You have done nothing wrong and i woudl [sic] urge you to start acting like it. “Go outside, head high, not as an esacping[sic] convict. go to parties. deal with it.”

The exchange followed a request from Maxwell, who was romantically linked to Epstein, to be distanced from his dating life.

These emails also appear to contradict her lawyers’ claim that Maxwell had not had contact with Epstein for more than 10 years, which they said in making an argument for bail.

Some of the documents also relate to previous claims of Giuffre, such as the former US president Bill Clinton riding on Epstein’s plane, and allegations about the lawyer Alan Dershowitz. Dershowitz, who had worked as Epstein’s attorney, has repeatedly denied misconduct.

“I sought release of all the documents because they prove that all the allegations against me are false,” Dershowitz said in an email to the Guardian when asked for comment.

During questioning about Bill Clinton, the documents show Giuffre said she saw the former president on Epstein’s island. Representatives for Clinton did not immediately respond to a request for comment.

Clinton has distanced himself from Epstein, and in a 2019 statement a spokesperson said: “President Clinton knows nothing about the terrible crimes Jeffrey Epstein pleaded guilty to in Florida some years ago, or those with which he has been recently charged in New York.”

The documents also show that Giuffre was asked in an interview whether Epstein ever bragged about the age of any girls with whom he had sexual relations. “Yes, he did. He did all the time,” she said. “The worst one that I heard from his own mouth [were these] pretty 12-year-old girls he had flown in for his birthday. It was a surprise birthday gift from one of his friends and they were from France,” she alleged.

Giuffre was also asked whether Prince Andrew – whom she has claimed she had sex with as a teenager at Epstein’s behest – would have information about the financier.

“He would know a lot of the truth,” she said.

In 2015, a judge struck out the material concerning Prince Andrew as “immaterial and impertinent”. He has vehemently denied allegations of misconduct.

Maxwell met Giuffre at Donald Trump’s Mar-a-Lago club in south Florida, where the then teenager was working as a locker-room attendant.

In the civil lawsuit, which has since been settled, Giuffre claimed that Maxwell had defamed her by stating that she was a liar for accusing Epstein and Maxwell of sexual impropriety.

An extensive collection of documents in this case was also unsealed in August 2019 that featured claims, since denied, that world leaders participated in Epstein’s alleged sex ring. These filings were disclosed shortly after Epstein’s arrest last July.