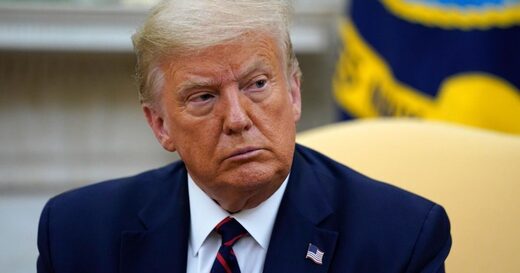 “I remember asking Jeffrey what’s Bill Clinton doing here kind of thing, and he laughed it off and said well he owes me a favor,” she said.

“He never told me what favors they were. I never knew. I didn’t know if he was serious. It was just a joke.”

A spokesman for Clinton denied the allegations and told Newsweek on Friday that Clinton has “never been to Little St. James Island.”

“He’s not spoken to Epstein in well over a decade,” Angel Ureña said. “Well before his terrible crimes came to light.”

Dershowitz was also named in the unsealed documents and accused of having sex with Giuffre, who was a minor at the time, and witnessing the alleged abuses of other girls and young women.

In a statement on Twitter, Dershowitz said the documents actually prove his innocence.

“I demanded release of all documents because they contain emails and manuscripts proving in Guiffre’s own words that she never met me,” he tweeted.

“There are no new accusations against me in the documents I got unsealed. All her accusations were made in suits she filed years ago. They were false then and now, as shown by her emails and manuscript that prove I never met her.”

Giuffre’s former attorneys said in 2016 that it was a “mistake” to have accused Dershowitz, the Post reported.

Prince Andrew has also denied allegations that he had sex with Giuffre, according to CNN. Documents unsealed Thursday also say Epstein directed an unnamed girl identified only as Jane Doe #3 to “give the prince whatever he demanded and report back to him on the details of the sexual abuse,” The Guardian reported.

Although the documents say Trump was a “good friend of Jeffrey’s,” Giuffre said he never had, to her knowledge, sex with any of the other girls.

“I didn’t physically see him have sex with any of the girls, so I can’t say who he had sex with in his whole life or not, but I just know it wasn’t with me when I was with other girls,” Giuffre told lawyers in 2016.

She added that even though Epstein told her that Trump was a good friend of his, she never saw them together.

Twitter tags Trump’s tweets as “misinformation” only following pressure does it do the same to a Chinese official — Puppet Masters — Sott.net