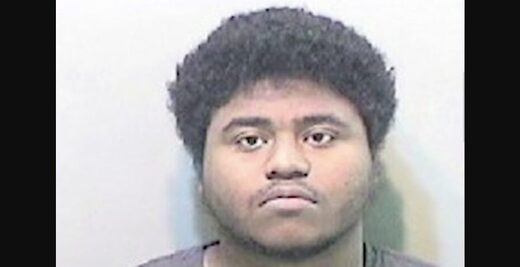 A video emerged in May of a 20-year-old man beating an elderly patient in a Detroit nursing home. That elderly man has now died.

A video emerged in May of a 20-year-old man beating an elderly patient in a Detroit nursing home. That elderly man has now died, reports The Daily Wire.

Westwood Nursing Center resident Norman Bledsoe was allegedly beaten by his roommate Jaden T. Hayden and the incident was captured on camera. The 75-year-old was left with a broken jaw, four broken fingers and broken ribs.

Bledshoe’s death was confirmed on Monday by his nephew Kevin who said his uncle was not eating properly and was depressed after the attack.

“His eating habits went downhill after (the alleged assault), and he lost quite a bit of weight,” he said when speaking to The Detroit News, “We finally were able to see him last week. He wasn’t doing very good. I guess there just wasn’t anything else they could do for him.”

Fox 2 Detroit said, “The two had been paired up after Hayden was diagnosed with COVID-19 and needed to be quarantined. Per Michigan policy at the time, infected people were sent to nursing homes as a way to isolate them from the rest of the state to avoid spreading the virus further. The protocol drew strong criticism from many due to the residents who already lived in nursing homes.”

Following the attack, Hayden’s father noted that his son had been struggling with mental health issues.

“I just don’t want people to think that he’s this vicious individual. He’s got mental issues … Had I known he was there, I would’ve never consented to it.” He said. He added that his son was anxious, unable to sleep and was hearing voices.

He said his son wasn’t sleeping, was feeling anxious and was hearing voices when he contacted his father.

He added, “That hurts to see that. What he did is wrong and (I offer) my apologies to the victim’s family.”

He noted that his son was taken to a mental hospital after calling 911 and he also had a pending case against him in Washtenaw County because he was accused of assaulting an employee at separate nursing home.

Bledsoe’s family is reportedly planning to pursue a lawsuit that will be against the nursing home. The attorney representing the family is Geoffrey Fieger.

After the video was released, President Trump responded to it tweeting, “Is this even possible to believe? Can this be for real? Where is the nursing home, how is the victim doing?”

Hayden, in June, was ordered to complete a competency evaluation and his bond was reportedly lowered from $300,000 to $50,000. He was also ordered by a judge to have “no contact with the victim or the nursing home.”

Central Banks are destroying what was left of free markets and the value of fiat currencies — Puppet Masters — Sott.net

The Abyss of Disinformation Gazes Into Its Creators — Puppet Masters — Sott.net