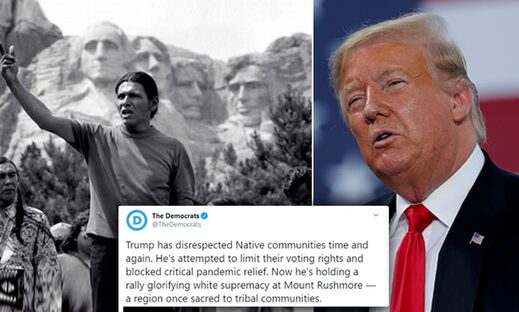 The Democrats’ smear of the 4th of July and Mt. Rushmore was more inline with far left fanaticism than anything Americans mostly care about.

The tweet in question proves that beneath the thin veneer lies a fringe ideology. Presumably, Democrats realized that most Americans like the 4th of July and quickly deleted the Tweet.

But calls for destroying our history have been emboldened by Democrats, while Republicans stand for the most part idly by, save Donald Trump.

Trump recently announced they would go after those who destroy statues. Meanwhile Nancy Pelosi joined in the removal of statues and quite literally got on bent knee for the far left…