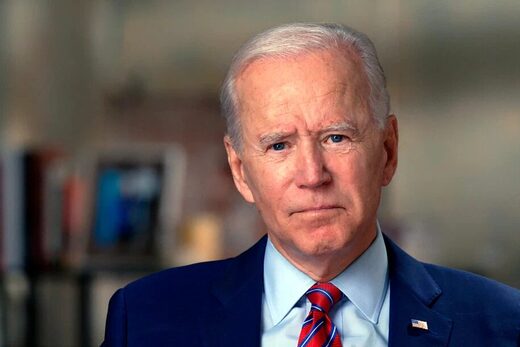 © AP
Joe Biden during an interview on Monday, Oct. 19.

Joe Biden appeared to confuse President Trump with George Bush during an online fundraising event Sunday and got an assist from his wife Jill Biden who was sitting next to him.

The Democratic presidential candidate was speaking at the “I Will Vote” concert that included John Legend, Dave Matthews, Cher and Pink when he attempted to make the case for his election.

“Not because I’m running, but because who I’m running against, this is the most consequential election in a long, long, long time,” Biden, 77, told moderators George Lopez and CNN analyst Ana Navarro. “And the character of the country in my view is literally on the ballot. What kind of country we’re gonna be? Four more years of George, ah, George, gonna find ourselves in a position where if Trump gets elected we’re going to be in a different world.”

Jill Biden appears to twice say something to her husband after the “George” flubs, with some news outlets and commenters on social media, speculating she may have been saying “Trump” to prod her husband.

It’s unclear which president Biden was referring to – either George W. Bush or his father George H.W. Bush. George W. Bush was in office in 2008 when Biden was on the presidential ticket with then-Sen. Barack Obama. They defeated the GOP ticket of Sen. John McCain of Arizona and Alaska Gov. Sarah Palin.

The misstep once again raised concerns about Biden’s mental capacity in the stretch run to Nov. 3’s Election Day.

It’s not the first time that Biden has become confused about obvious points.

He once said he had met with students who survived the school shooting in Parkland, Fla., when he was vice president but that shooting happened in February 2018.

During a town hall earlier this month he flubbed the number of Americans who died from the coronavirus as “210 million” before correcting himself.

In June, he wrongly claimed that 120 million people died of the coronavirus.