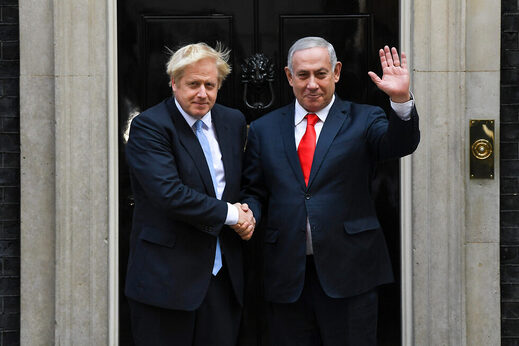 My first real experience of Israel came when I was 18, and spent several weeks working in the kitchens at kibbutz Kfar HaNassi. My fellow kibbutzniks managed to survive my contribution to their diet. I took away a profound attachment to the State of Israel.

My many visits in recent years have left a deep impression – whether the solemnity and dignity of Yad Vashem, memorial to a unique crime in world history; the extraordinary gathering of world leaders for the funeral of an old friend, Shimon Peres; or cycling down Rothschild Boulevard with the Mayor of Tel Aviv, marveling at the vibrancy of the White City.

I am a passionate defender of Israel. Few causes are closer to my heart than ensuring its people are protected from the menace of terrorism and anti-Semitic incitement. The UK has always stood by Israel and its right to live as any nation should be able to, in peace and security. Our commitment to Israel’s security will be unshakable while I am Prime Minister of the United Kingdom. So it is with sadness that I have followed the proposals to annex Palestinian territory. As a life-long friend, admirer and supporter of Israel, I am fearful that these proposals will fail in their objective of securing Israel’s borders and will be contrary to Israel’s own long-term interests.

Annexation would put in jeopardy the progress that Israel has made in improving relationships with the Arab and Muslim world. I have never been more convinced that Israel’s interests overlap with those of our closest partners in the Arab world, including potential security cooperation against shared threats. But however strong their interest in a different kind of relationship with Israel, annexation would inevitably set back these opportunities and constrain potential Arab partners.

Israel’s enemies would seize upon it, and use it against those in the Middle East who want to see progress. 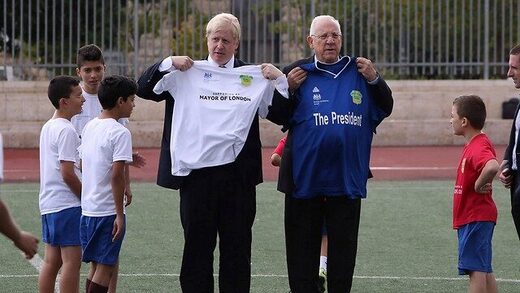 I want to see an outcome that delivers justice for both Israelis and Palestinians. The UK has often stood in a small minority at the UN in defending Israel against unwarranted and wholly disproportionate criticism.

Annexation would represent a violation of international law. It would also be a gift to those who want to perpetuate the old stories about Israel.

I profoundly hope that annexation does not go ahead. If it does, the UK will not recognize any changes to the 1967 lines, except those agreed between both parties.

There is another way. Like many Israelis, I am frustrated that peace talks have ended in failure. While I understand the frustration felt by both sides, we must now use the energy of this moment once more to come back to the table and strive to hammer out a solution. This will require compromise on all sides.

I do not underestimate the challenges in achieving lasting peace. So many efforts have been made. So many have paid the ultimate price, including of course Yitzhak Rabin.

But I still believe the only way to achieve true, lasting security for Israel, the homeland for the Jewish people, is through a solution that allows justice and security for both Israelis and Palestinians. I refuse to believe that this is impossible.

I welcome the commitment that President Trump has made to find a way forward. We will work tirelessly with the U.S. – and other partners in the Arab world and Europe – to try to make peace a reality.

I am immensely proud of the UK’s contribution to the birth of Israel with the 1917 Balfour Declaration. But it will remain unfinished business until there is a solution which provides justice and lasting peace for both Israelis and Palestinians. The only way it can be achieved is for both sides to return to the negotiating table. That must be our goal. Annexation would only take us further away from it.

DOJ Corruption? A fork in the road few noticed and what Bill Barr needs to explain — Puppet Masters — Sott.net