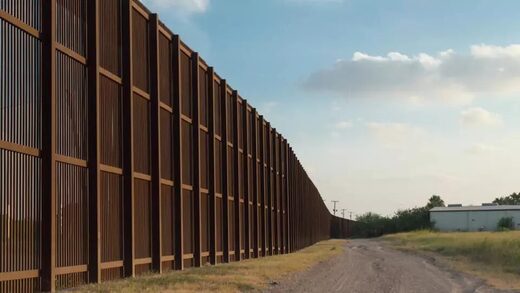 Immigration policies being implemented by the Biden White House are responsible for a fivefold increase in illegal immigration, claims an Arizona sheriff.

Sheriff Mark Dannels of Cochise County, Ariz. told Just the News that the new president’s “hasty” immigration policy changes are responsible for the uptick in illegal crossings. Local officials were not given the time to prepare before Biden signaled a lenient view on the southern border, prompting increased crossings.

“It just makes it really, really tough, because now the message is, ‘Come across our border, legally or illegally,'” Dannels said. “And then the consequences are minimum, if any.”

The sheriff said he respects Biden’s right to make policy changes, but the sweeping 180 from President Trump did not give local officials enough time to respond.

“[I]t’s tough for us, because what happens in my border county, and the 31 border counties on the Southwest border, will soon be in your backyard,” Dannels said. He added that often times migrants will fan out into other areas to find resources.

“It just seems so irrational, so not organized, not collective, not collaborative,” he said. “It’s just a point of disaster that I just don’t see any good come out of this for anybody involved.”

This news comes as Del Rio, Texas democratic mayor Bruno Lozano took to Youtube this week to plead with Biden to “please stop” and to “make a new plan” with migrants flooding his city.

“I am pleading and requesting with you to please put a halt to any measures regarding the release of immigrants awaiting court dates into the city of Del Rio and surrounding areas,” Lozano said in a Feb. 17 video.

The Texas mayor begged Biden to cease his policy allowing migrants to flood the United States while awaiting court hearings, instead of having to stay in Mexico under the Trump administration.

While Arizona sheriffs and Texas mayors are blaming Biden’s new policies and begging him to change his policies, former president Donald Trump is planning to make his first public appearance this week at CPAC, where he is expected to discuss immigration.